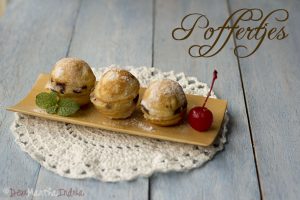 Poffertjes are traditional Dutch cakes, a bit similar in texture to American pancakes, but Poffertjes have more spongy and light texture. Poffertjes is also well known in Indonesia that is has historical ties as the former Dutch colony. In Indonesia, this cake named Kue Cubit. Poffertjes are cooked in a special cat-iron pan with several small shallow indentations in the bottom. I used the pan that can be used also to make Takoyaki (traditional snack from Japan).
If you search in Google, many original recipe of Poffertjes said that this mini pancakes made from buckwheat flour, but other variation of flour allowed. In Dutch Delight, history told that long time ago when French Revolution happened, due to low shortage of wheat flour led to this pancake was being made by buckwheat flour, that is resulting thicker and tastier taste. 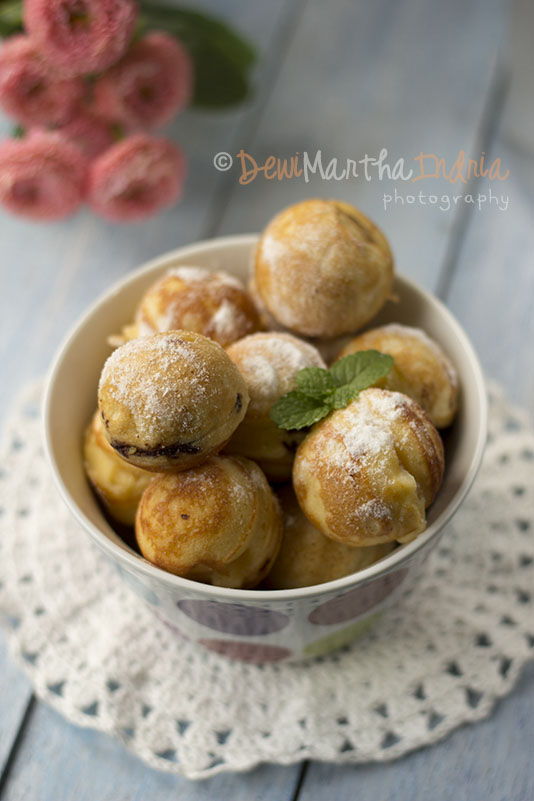 Poffertjes often served with icing sugar. But it would be nice if we use ice cream or cream and fruit as the topping. In this recipe i fill it with some chocolate sprinkle (jimmies), cheddar cheese, and raisin. So yummy…. 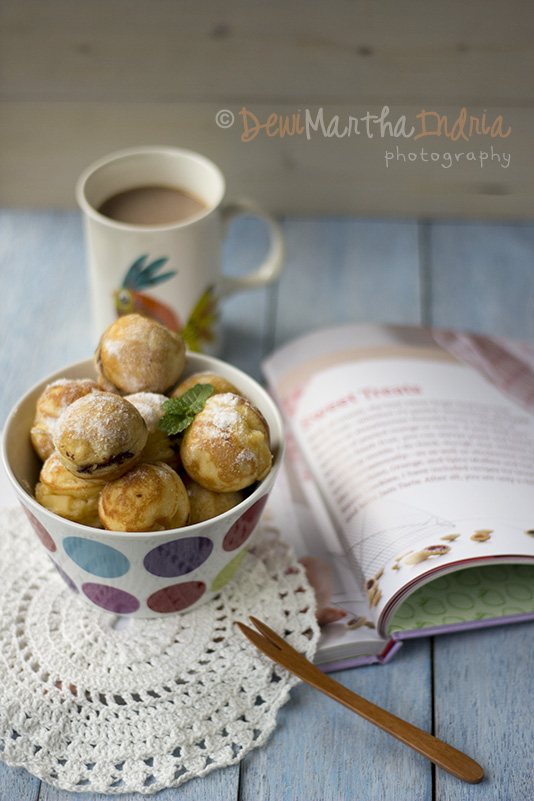 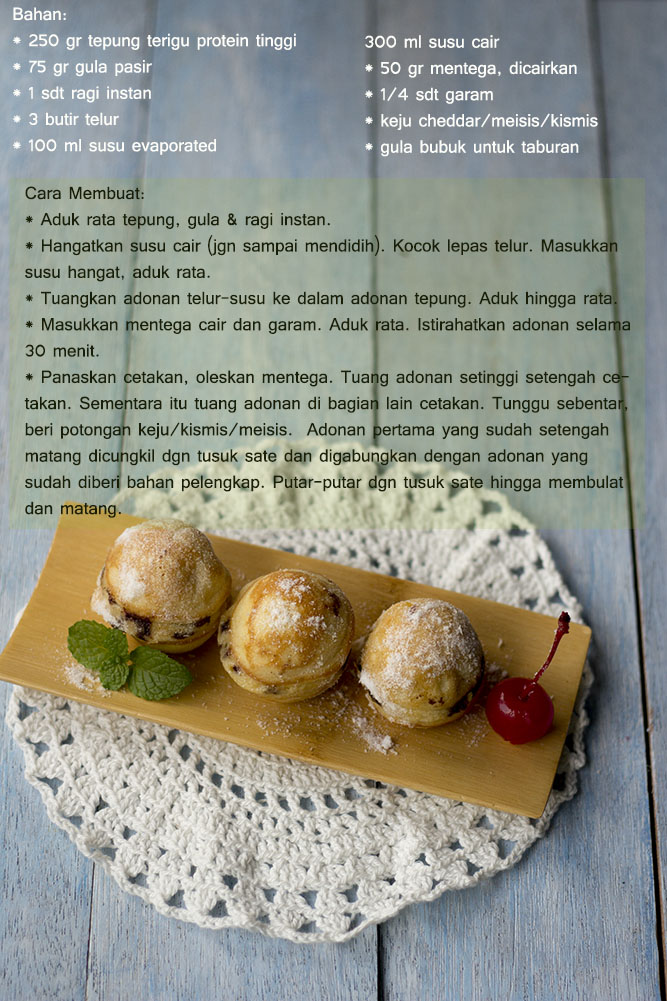 Lovely! In the Netherlands I’ve never seen poffertjes made like this, into a ball. But it’s a nice idea, I’ll keep it in mind and try it out 🙂

This site uses Akismet to reduce spam. Learn how your comment data is processed.